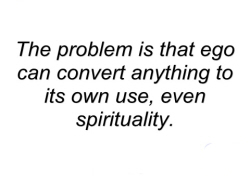 Just before the crucifixion of Jesus, Pontius Pilot asked the question of the ages. He was the judge at the trial and the man who authorized the crucifixion. In John 19: 38, he asked “What is truth”? Before we handle this seemingly difficult question, let’s look back at the previous verse which led to Pilot asking the question. In verse 37 we read: “Pilate therefore said unto him, Art thou a king then? Jesus answered; Thou sayest that I am a king. To this end was I born, and for this cause came I into the world, that I should bear witness unto the truth. Every one that is of the truth heareth my voice.” Note here that Jesus said “everyone that is of the truth”. Let’s go back to a verse we read a minute ago about Cain. 1 John 3:12 reads: “Not as Cain, who was of that wicked one, and slew his brother. And wherefore slew he him? Because his own works were evil, and his brother’s righteous.”

Here we see that Cain was “of that wicked one”. What is the difference between those who are “of the truth”, and those who are “of the wicked one”? This is not referring to a physical offspring like you and I are of our parents. This is referring to a spiritual offspring. Paul clarifies this misunderstanding that occurred in 1 Corinthians 2:12 “Now we have received, not the spirit of the world, but the spirit which is of God; that we might know the things that are freely given to us of God.”

There is a spirit which is “of the world.”

Paul goes on to tells us in verse 14, “But the natural man receiveth not the things of the Spirit of God: for they are foolishness unto him: neither can he know them, because they are spiritually discerned.”

Jesus defined this during the course of his ministry while speaking to those who followed him. One day he was speaking about the Kingdom of heaven in parables. The disciples came to him asking “Why speakest thou unto them in parables” Matthew 13: 10? Jesus’ response was Matthew 13: 13-15 “Therefore speak I to them in parables: because they seeing see not; and hearing they hear not, neither do they understand. And in them is fulfilled the prophecy of Isaiah, which saith, By hearing ye shall hear, and shall not understand; and seeing ye shall see, and shall not perceive: For this people’s heart is waxed gross, and their ears are dull of hearing, and their eyes they have closed; lest at any time they should see with their eyes, and hear with their ears, and should understand with their heart, and should be converted, and I should heal them.”

Jesus then spoke of the parable of the sower, the seed and the tares. Matthew 13: 24-30, Another parable put he forth unto them, saying, The kingdom of heaven is likened unto a man which sowed good seed in his field: But while men slept, his enemy came and sowed tares among the wheat, and went his way. But when the blade was sprung up, and brought forth fruit, then appeared the tares also. So the servants of the householder came and said unto him, Sir, didst not thou sow good seed in thy field? From whence then hath it tares? He said unto them, an enemy hath done this. The servants said unto him, Wilt thou then that we go and gather them up? But he said, nay; lest while ye gather up the tares, ye root up also the wheat with them. Let both grow together until the harvest: and in the time of harvest I will say to the reapers, Gather ye together first the tares, and bind them in bundles to burn them: but gather the wheat into my barn.”

Matthew 13: 36 continues with: “Then Jesus sent the multitude away, and went into the house: and his disciples came unto him, saying, declare unto us the parable of the tares of the field.” The disciples were curious. They wanted to know more about the tares than about the sower or the seed. You and I are just like these disciples. The natural mind desires to know the bad news first and then somehow the good news will white wash whatever bad news we may hear.

Jesus opened the eyes of their understanding in Matthew 13: 37-43 “He answered and said unto them, He that soweth the good seed is the Son of man; The field is the world; the good seed are the children of the kingdom; but the tares are the children of the wicked one; The enemy that sowed them is the devil; the harvest is the end of the world; and the reapers are the angels. As therefore the tares are gathered and burned in the fire; so shall it be in the end of this world. The Son of man shall send forth his angels, and they shall gather out of his kingdom all things that offend, and them which do iniquity; and shall cast them into a furnace of fire: there shall be wailing and gnashing of teeth. Then shall the righteous shine forth as the sun in the kingdom of their Father. Who hath ears to hear, let him hear.”

From this parable alone we learn that the children “of the wicked one” do not have eternal life. John 5:24 tells us” “Verily, verily, I say unto you, He that heareth my word, and believeth on him that sent me, hath everlasting life, and shall not come into condemnation; but is passed from death unto life.” Another characteristic of the children “of the wicked on” is in John 17:14 where Jesus was praying to his father and he said “I have given them thy word; and the world hath hated them, because they are not of the world, even as I am not of the world.” If you stand for truth, the world in general is going to think you are insane. They are going to shy away from you. When Jesus prayed to his father, he proclaimed in John 17:17 “sanctify them (set them apart) through thy truth: thy word is truth.” Pilot may have asked the question: “what is truth”, but Jesus never answered him because he knew it would not have changed his outcome. Pilot was of the world.

Maurice Goulet is a communications software developer, visionary, entrepreneur and author. He searched for truth all his life and followed the doctrines of men for over 30 years. In 2004, he wrote “Lord of Darkness, Lord of Light”. He grew up believing that no one can go beyond what he has been taught. One day he brought up that statement in a conversation with a professor from the Moody Bible Institute. The professor challenged him with the statement: “God is sovereign, why are you limiting God?” He returned home that day and asked himself: If God is sovereign, why do men and women trust their spiritual life with the teachings of men? He began a 10-year journey, asking God to work in his life, to understand the events of our day. The Day Of God is the record of that journey and reveals the origin and conclusion of the Islamic conflict with America, the strong delusion engulfing the world and the approach of the latter days as the times of the gentiles nears its fulfillment.

View On Amazon Preview Chapters
I'd love to say this country will once again see the days of our founding fathers but what we are seeing today is exactly what happened in Israel many years ago. After the unified nation of Israel under David and Solomon was divided, the southern nation whose capital was Judah followed Godly principles and was a city with weak political power and an economy reliant on rural agriculture, but with an ideological status that plays a dominant role. Jerusalem was principally a sacred city, its social life oriented around the sacred calendar. The Northern nation whose capital was Samaria was an administrative city with strong political power and control over the agriculture-dependent economy, governed by leaders with access to great wealth, a state power that unified through coercion rather than common ideology. SAMARIA has risen again and she is called AMERICA. Strong delusion is on the horizon and the entire world is caught up in the greatest deception ever.