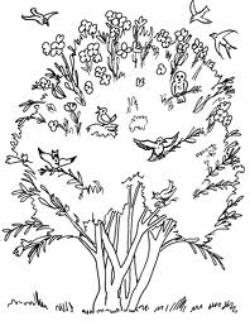 “Power tends to corrupt and absolute power corrupts absolutely. Great men are almost always bad men, even when they exercise influence and not authority, still more when you super add the tendency or the certainty of corruption by authority. There is no worse heresy than that the office sanctifies the holder of it.” -Lord Acton, an English Catholic historian, politician, and writer.

Were going to see in this chapter how this is especially true when it comes to Politics, Government and Religion.

Ephesians 2:1 tells us that mortal man is “dead in trespasses and sins”, and a dead man is utterly incapable of willing anything. The serpent in Eden understood the nature of the natural man. From here on, we will refer to him as Satan, the name used by God in the book of Job. As the authority of the darkness of this world, he deceives mankind and sets the pattern of behavior for all those who reject God’s word. When a man or woman rejects the truth, they are influenced by their nature: 1 John 2:16 tells us: “For all that is in the world, the lust of the flesh, and the lust of the eyes, and the pride of life, is not of the Father, but is of the world.”

Jeremiah 17: 5-10 reads: “Thus saith the LORD; cursed be the man that trusteth in man, and maketh flesh his arm, and whose heart departeth from the LORD. For he shall be like the heath in the desert, and shall not see when good cometh; but shall inhabit the parched places in the wilderness, in a salt land and not inhabited. Blessed is the man that trusteth in the LORD, and whose hope the LORD is. For he shall be as a tree planted by the waters, and that spreadeth out her roots by the river, and shall not see when heat cometh, but her leaf shall be green; and shall not be careful in the year of drought, neither shall cease from yielding fruit. The heart is deceitful above all things, and desperately wicked: who can know it? I the LORD search the heart, I try the reins, even to give every man according to his ways, and according to the fruit of his doings.” God then tells us in Jeremiah 10:23 “O LORD, I know that the way of man is not in himself: it is not in man that walketh to direct his steps.”

The bottom line is; it’s not your fault. You were born with this nature and you have no choice in the way you walk. The only choice you have is whether or not you’re going to believe God’s word.

Satan knows this and has been mastering his deception since the day he first asked Eve “Hath God said”?

Maurice Goulet is a communications software developer, visionary, entrepreneur and author. He searched for truth all his life and followed the doctrines of men for over 30 years. In 2004, he wrote “Lord of Darkness, Lord of Light”. He grew up believing that no one can go beyond what he has been taught. One day he brought up that statement in a conversation with a professor from the Moody Bible Institute. The professor challenged him with the statement: “God is sovereign, why are you limiting God?” He returned home that day and asked himself: If God is sovereign, why do men and women trust their spiritual life with the teachings of men? He began a 10-year journey, asking God to work in his life, to understand the events of our day. The Day Of God is the record of that journey and reveals the origin and conclusion of the Islamic conflict with America, the strong delusion engulfing the world and the approach of the latter days as the times of the gentiles nears its fulfillment.

View On Amazon Preview Chapters
I'd love to say this country will once again see the days of our founding fathers but what we are seeing today is exactly what happened in Israel many years ago. After the unified nation of Israel under David and Solomon was divided, the southern nation whose capital was Judah followed Godly principles and was a city with weak political power and an economy reliant on rural agriculture, but with an ideological status that plays a dominant role. Jerusalem was principally a sacred city, its social life oriented around the sacred calendar. The Northern nation whose capital was Samaria was an administrative city with strong political power and control over the agriculture-dependent economy, governed by leaders with access to great wealth, a state power that unified through coercion rather than common ideology. SAMARIA has risen again and she is called AMERICA. Strong delusion is on the horizon and the entire world is caught up in the greatest deception ever.